Easy, quick and delicious BBQ Pork Sandwiches your family will love! This BBQ pork is quickly cooked on the grill, sliced, smothered with a homemade barbecue sauce and topped with a crunchy slaw. You will love this easy dinner! 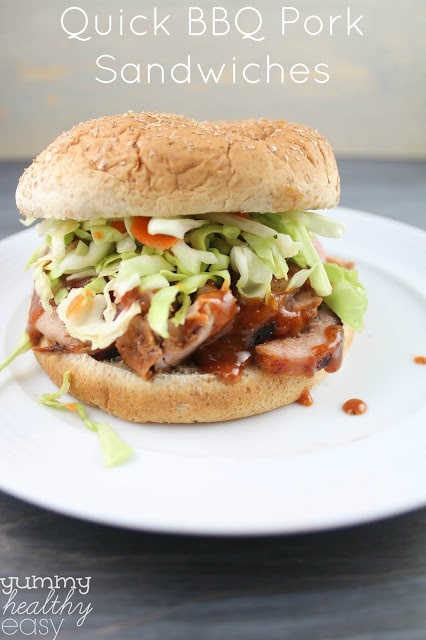 It has been so hot here up until a few days ago. Sweltering, actually. It seemed like as soon as school began, it heated up to unbearable temps. It was right at that same time that I started getting all into the fall season. I put up my fall decorations and I planned to make some yummy soups/stews. But guess what? The weather decided to not cooperate and it got up into the 90’s! Soup and 90 degree weather do not go well together.

So then I plan this yummy grilled pork with slaw and corn on the cob and guess what? It’s been cloudy and cold! I barbecued with a sweater on! Maybe I need to plan more summer dinners so the weather will be more fall-like? Either way, these BBQ Pork Sandwiches are so delicious and super easy.

You slice your tenderloin in half lengthwise and make a quick sauce. Put the two halves in the sauce, but leave about a 1/4 cup to spread on your sandwiches later. Grill the tenderloins for five minutes then flip and grill for another 6 minutes and let it rest. Make a quick slaw, slice up your meat. Place on buns with sauce and slaw and done! It is SO easy but looks like you spent hours making it.

My husband and boys loved it! Has it cooled down in your neck of the woods yet? Either way, this dinner will be a hit! 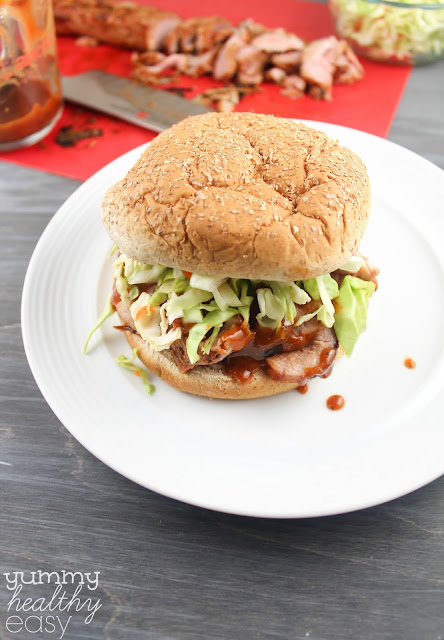 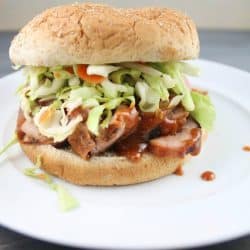 BBQ pork is quickly cooked on the grill, sliced, placed on a bun, smothered with a homemade barbecue sauce and topped with a crunchy slaw.
No ratings yet
Print Pin Rate
Course: Main
Servings: 4
Author: Jenn

Tried this Recipe? Pin it for Later!Mention @JenNikolaus or tag #YummyHealthyEasy!
*Recipe adapted from Cooking Light 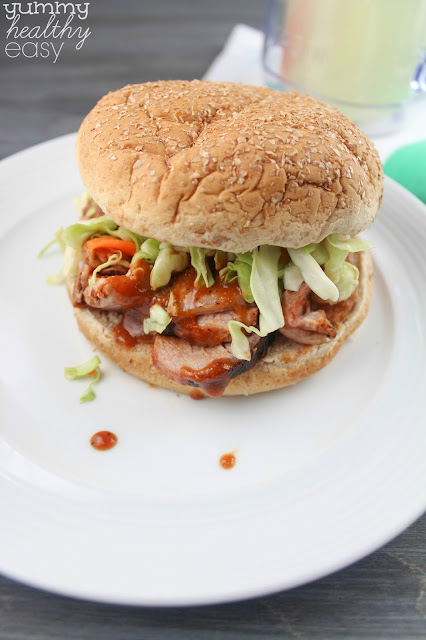 Want more burgers? Check these out… 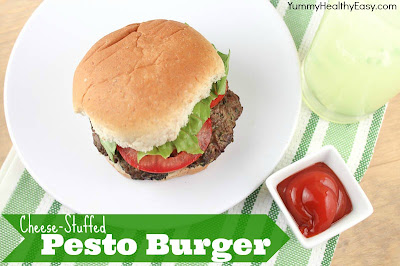 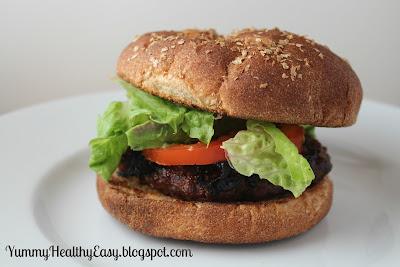 The Best Burger Recipe Ever 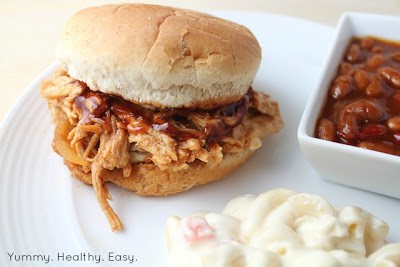