Looking for an easy meal to throw together in the crock pot before a busy day? This Slow Cooker Sweet & Sour Chicken is simple, delicious and perfect for a no-fuss dinner on a hectic night. 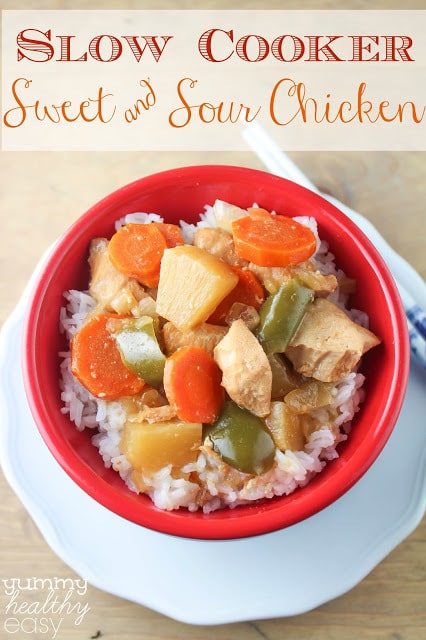 This weekend, my husband and I took all four of our boys to see Planes, the movie. Not my brightest idea. We’ve never taken all four to the movies before. $61 dollars worth of tickets and $28 dollars worth of popcorn & drinks later, we were finally sitting in the theater and all was well. The beginning of the movie was fine, a little slow, but fine.
About halfway through, my three year old had to use the bathroom. As my husband was taking him out, my two year old, of course followed them. So then I followed him. (Stupidly, we didn’t sit on the end of the row, so you can imagine the annoyance of the poor people near the aisle that we had to step around to get out).
As soon as my two year old saw the little arcade center by the bathrooms, that was it. The movie was chopped liver compared to the racing game with the steering wheel. He kicked off his shoes and made himself right at home. With some serious bribing, we did manage to get him back inside to watch the last part of the movie for a bit though. With no shoes on. Can’t even begin to think about the germs on the theater floor. Ick. 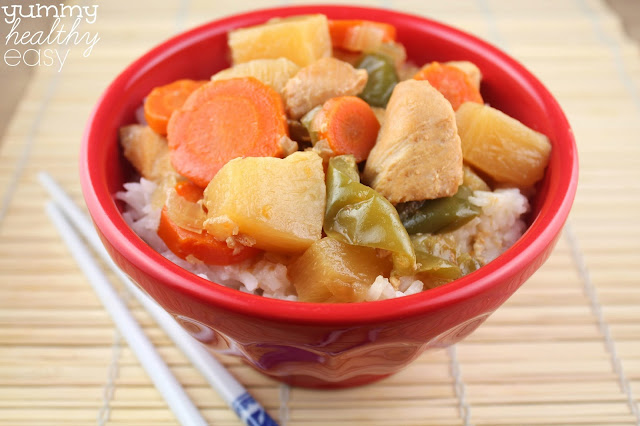 I came armed with a purse full of fruit snack packets so I gave them to the boys, hoping to keep them quiet for the rest of the movie. It was at about this point that both my little toddlers decide to make their way to the end of the aisle and sit on the stairs. (Annoyed people had moved at that point). Then my three year old starts saying “I tooted mom!” over and over really loudly, with my two year old laughing hysterically at him. Awesome.

That was when my husband took them both out of the theater and I finally got to enjoy the movie with my two older boys for the last ten minutes. Moral of this story: Don’t take toddler boys to the movies until they’re at least old enough to enjoy it. 🙂

What’s easy to enjoy, is this Slow Cooker Sweet & Sour Chicken. It’s super simple to throw in the crock pot. It cooks all day and then you have a healthy, delicious meal to devour after a long, busy day. I hope you love it as much as my family did! 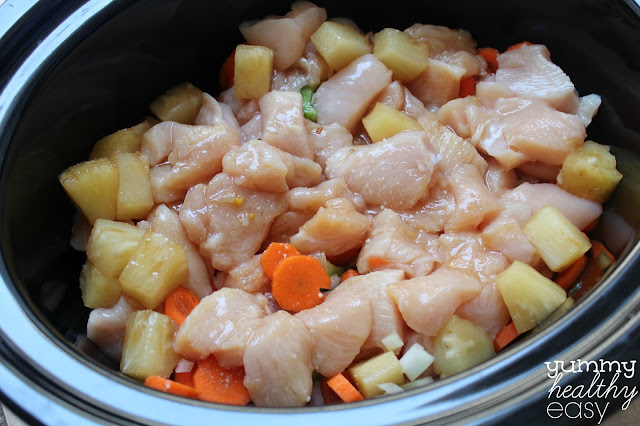 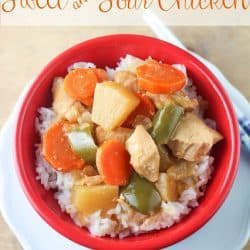 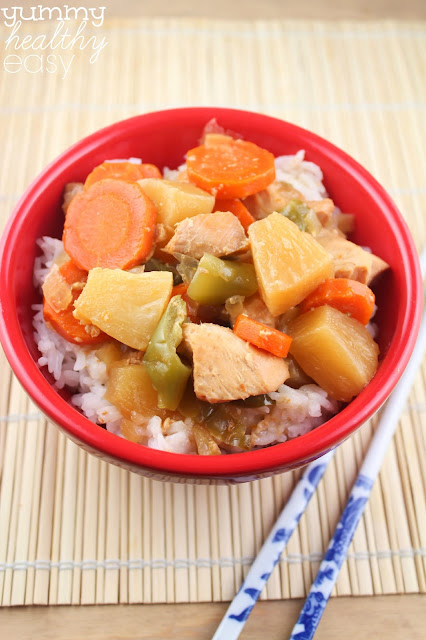 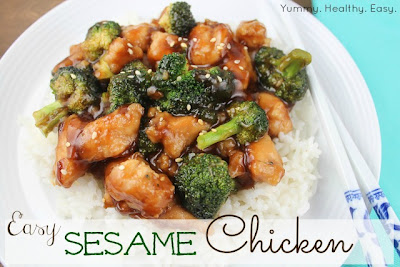