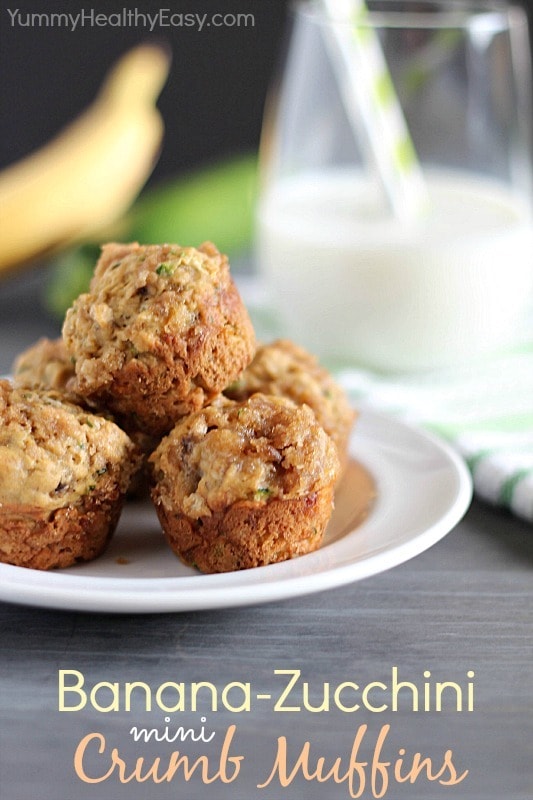 I got in a really bad habit of not eating breakfast (or eating something really small) and then hitting the gym to work out. About mid-morning after my workout, I’m literally devouring my kids’ snacks – mostly goldfish crackers. #fail I found that if I would eat within thirty minutes of waking up, I wouldn’t be hungry and overeat later. I also would feel better during my workout. The same thing goes for eating healthy snacks in the afternoon. If I ate a healthy snack at about 3pm, I would eat a smaller portion for dinner and wouldn’t go crazy raiding the pantry. 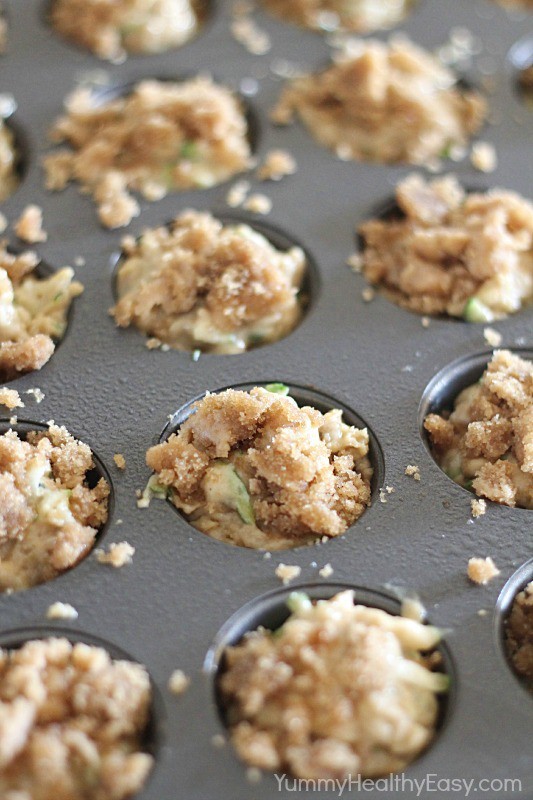 These little zucchini muffins are the perfect healthy breakfast or snack! They’re made with white whole wheat flour, Truvia sweetener instead of sugar, and coconut oil. Plus they have bananas and zucchini to make them even healthier, moist and flavorful. The best thing about these muffins is that you can finally use up those brown bananas that are sitting on your kitchen counter! 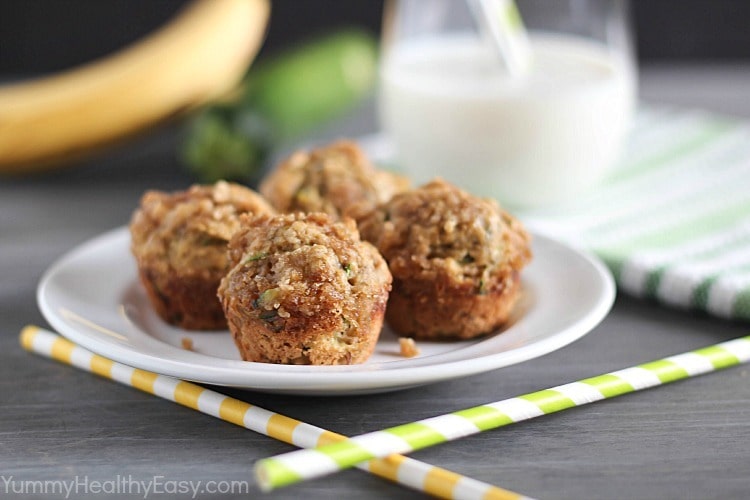 After I make a batch, I keep them in a large airtight bag or container on the counter then will divide whatever hasn’t been scarfed down by the next day, into two containers. One container goes in the fridge and the other in the freezer. Give them a quick zap in the microwave when you’re looking for a healthy treat or eat them straight from the fridge. 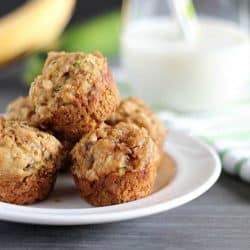 *This post was originally published at Dessert Now, Dinner Later on January 9th* 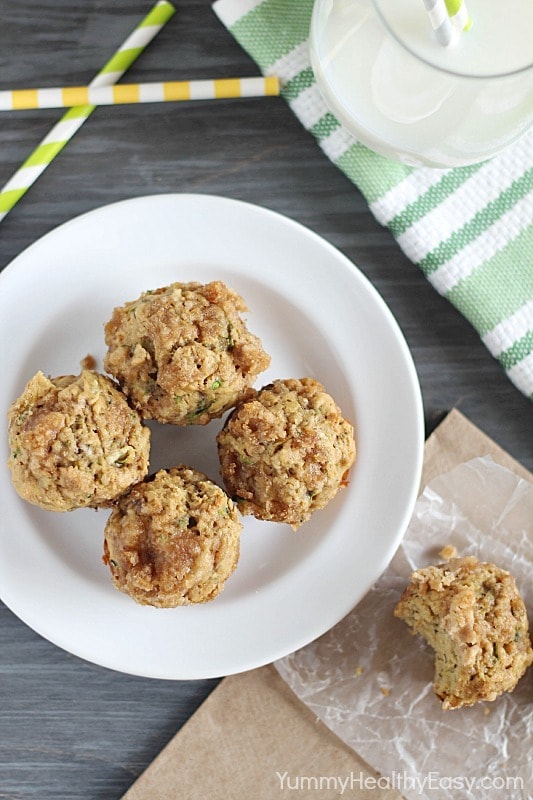 If you liked this muffin recipe, you’ll love these:
Chocolate Chip Quinoa Muffins 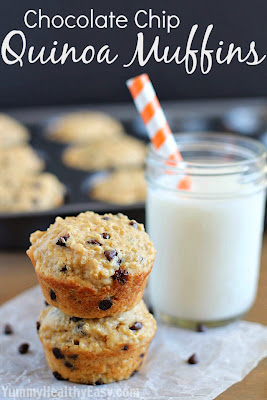 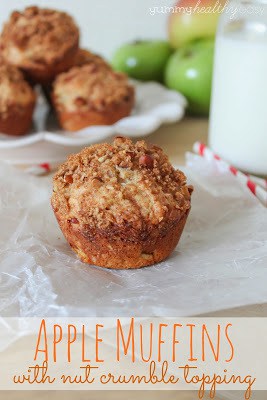 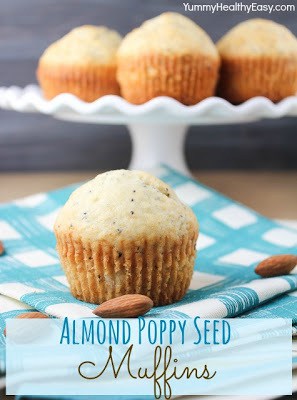