It’s November – time to start thinking about Thanksgiving! Check out this Crock Pot Stuffing Recipe that needs to be on your Thanksgiving dinner table this year. 🙂 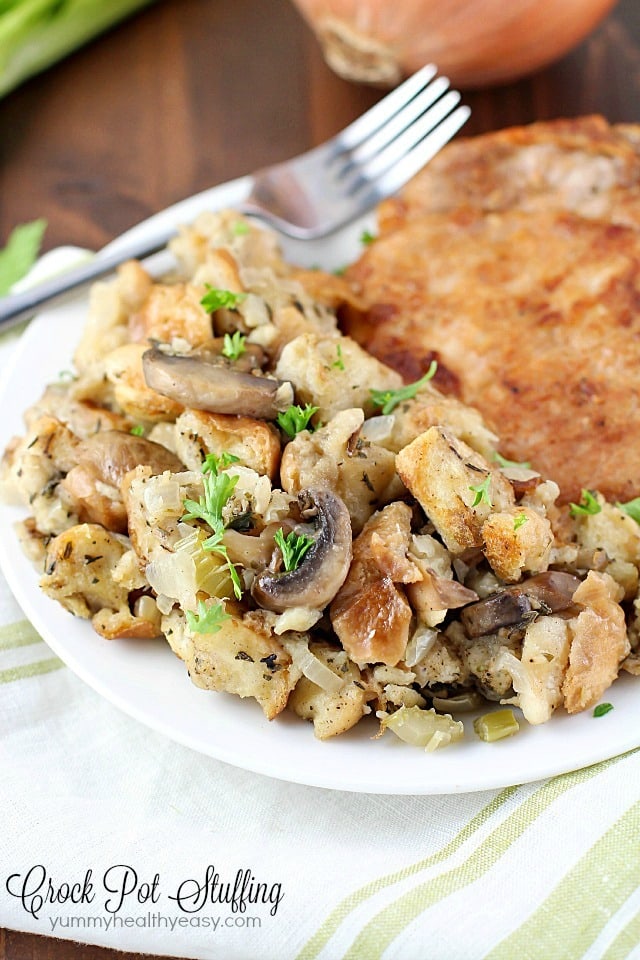 Holy crap, this week has flown by! I can’t believe it. My 11 year old’s football team lost their single-elimination playoff game so his team is done. I (stupidly) thought that extra time not taking him to practices and games would be nice and I would have so much free time. HA! It’s the opposite! I feel like other things have filled those spots and it’s driving me nuts!

My oldest son’s pop warner team, on the other hand, is kicking booty. This last Halloween weekend, they played in the Los Angeles County Championship game in Westlake Village. And guess what? They WON!!! Perhaps you saw my Instagram post?

So it was a huge deal and so amazing to see! We don’t have a game this weekend but have another game in Riverside the next weekend for the Regional semi-finals. Wouldn’t that be cool if they won? If they end up winning the next two games, they’ll go to Florida for the finals! 🙂 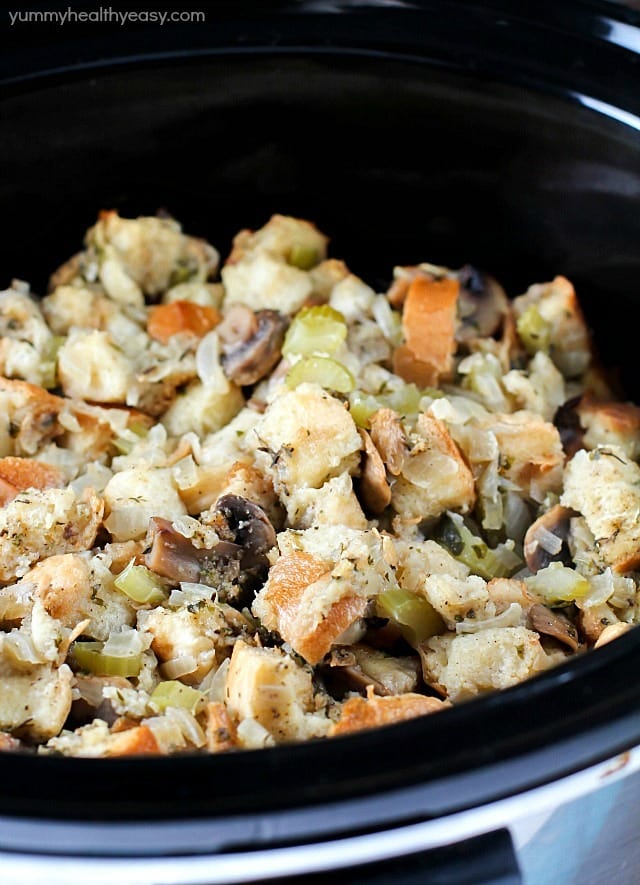 But let’s get back to the busy schedule thing. I hate it. Don’t get me wrong, I like to stay busy. I do. But I hate when things get so over scheduled that you end up missing out on the little things in life.

I’m looking forward to Thanksgiving when I can see my family and just relax from all the craziness of life. One thing that will make things less crazy on Thanksgiving, is pulling out that crock pot and using that instead of the oven. Using the slow cooker will free up the oven for the turkey and the crescent rolls (my fave!).

This Crock Pot Stuffing is so delicious. It’s stuffed (haha, pun intended!) with great spices and flavors so it really stands out from those other blah stuffing recipes. Plus it’s cooked in the slow cooker, so you can put it in hours before dinnertime and not even think about it until you have to serve it up with turkey! I’ve never had such a flavorful stuffing in all my life.

It doesn’t need to be Thanksgiving to make stuffing, though! Stuffing is great any day of the week, served with pork chops or chicken. This is an incredibly easy recipe that your dinner guests will devour! 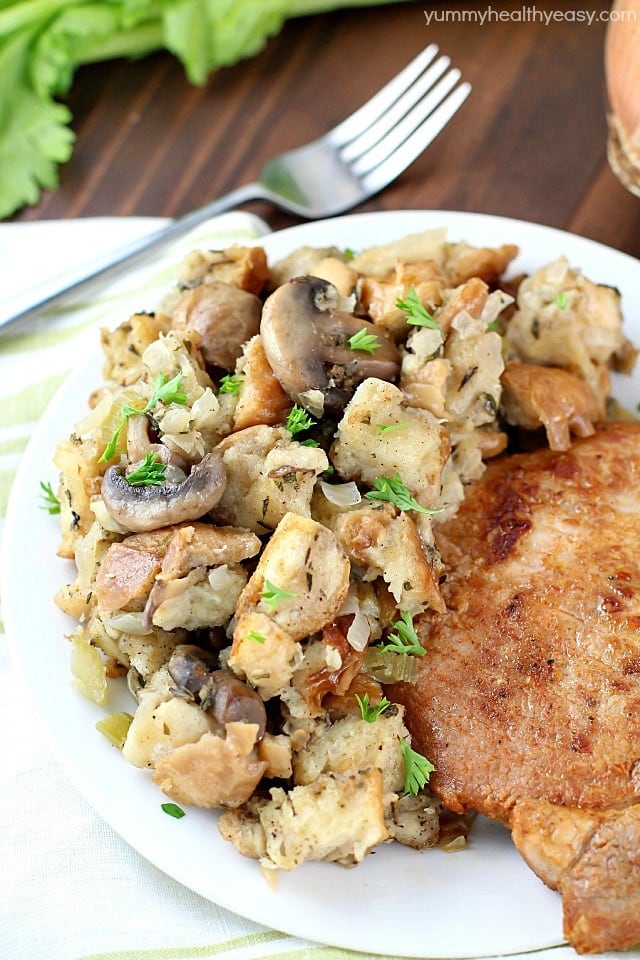 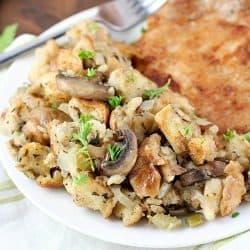 *recipe adapted from Fix It and Forget It cookbook
Tried this Recipe? Pin it for Later!Mention @JenNikolaus or tag #YummyHealthyEasy! 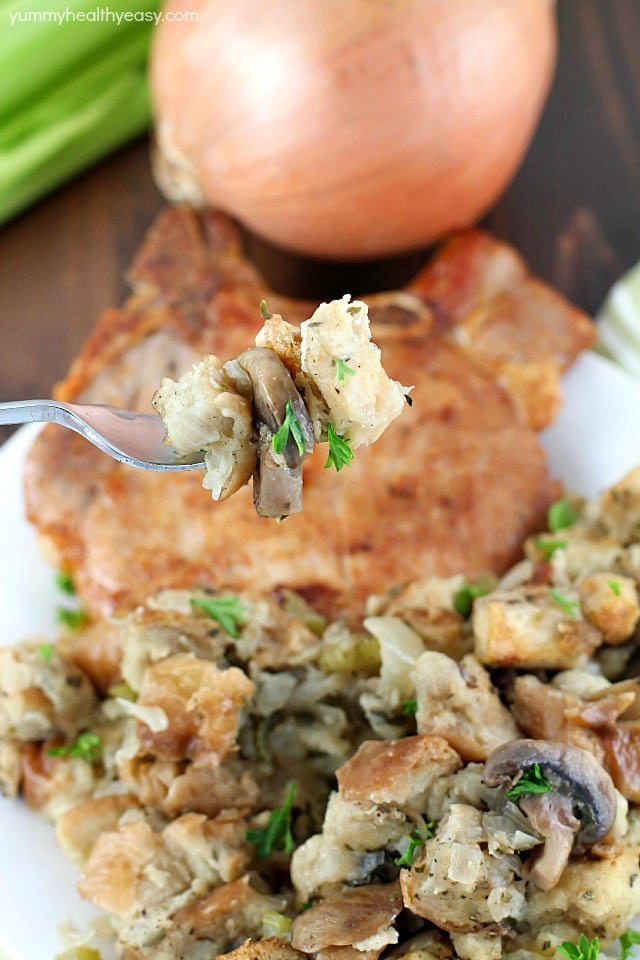 Check out these other great Thanksgiving side dishes: 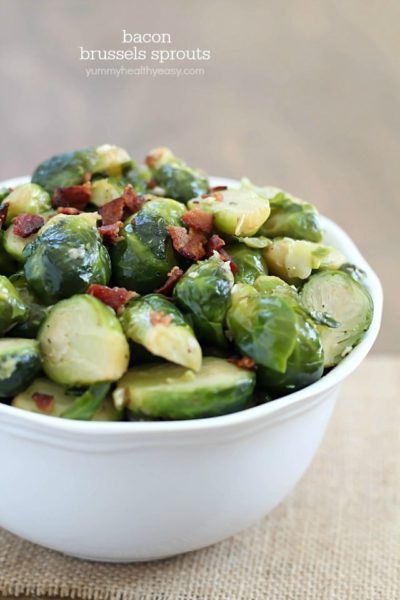 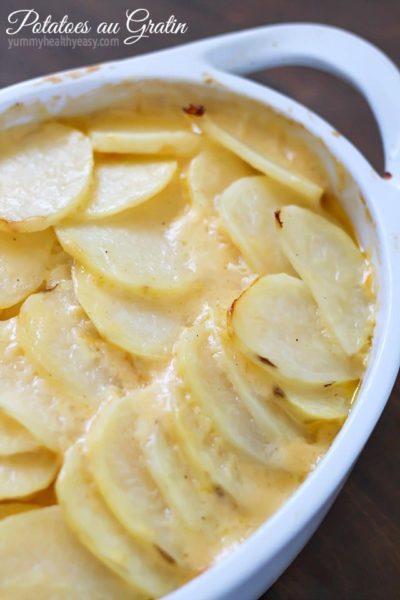 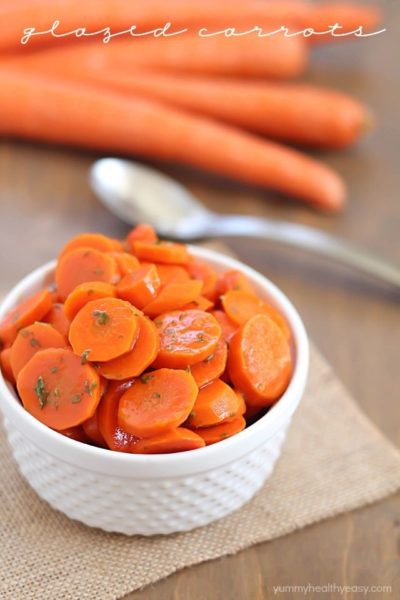 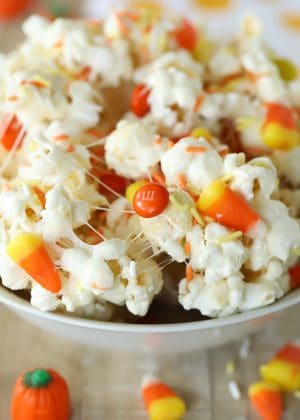