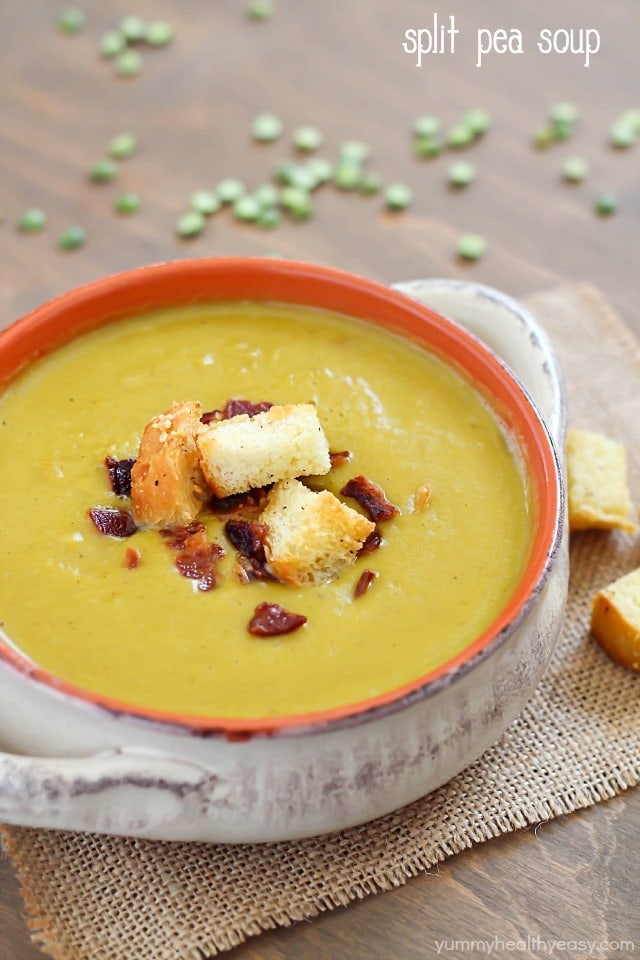 Be honest, did you know it was National Split Pea Soup Week? Hmm? Yeah, I didn’t think so. That’s okay, I didn’t know either, until I was contacted by The USA Dry Pea & Lentil Council. 😉

First, let me give you a little background on split peas.  They’re also known as pulses. Pulses – dry peas, lentils and chickpeas – are versatile products. Not only in their whole form but also as ingredients. Pulses are packed with nutrition including protein, fiber, iron and antioxidants. They are inexpensive and they count towards your recommended five daily portions of fruit and vegetables. Basically, they’re cheap and healthy. Two thumbs up! 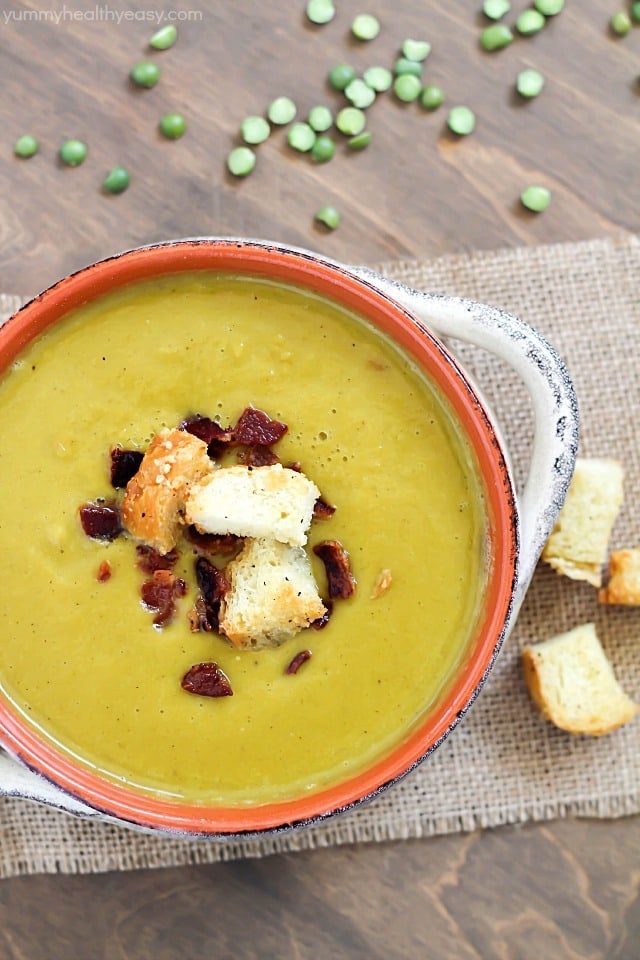 Do you like split pea soup? I love it. It’s one of those things that I like to order at restaurants, but… I have to admit that I had never made split pea soup before! So I bought like, ten bags of dried split peas and began creating.

There are tons of ways to make split pea soup. It can be more like a stew, with chunky pieces of potatoes and carrots, smooth and pureed, or even with barley added in. It can be cooked in a crock pot, stove top or dutch oven. It’s such a versatile soup that’s easy to change up, based on what you like or what you have on hand.

I decided to make mine in a dutch oven and puree it to finish it up. Can I just say – this turned out awesome! Such a crazy good soup. It’s full of bacon flavors, onion, carrot, garlic, seasonings and obviously split peas. 🙂 I pureed it in my blender and served with a topping of bacon (yay!) and homemade parmesan croutons. Love that crunch on top. Seriously so delicious. Tons of great flavors going on in this soup. My family loved it! 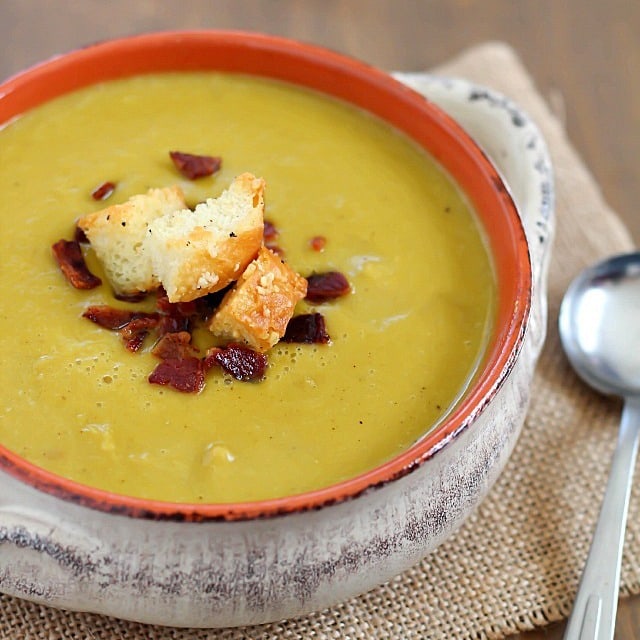 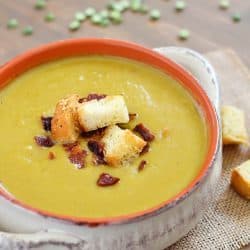 Looking for more soup recipes? Try these too: 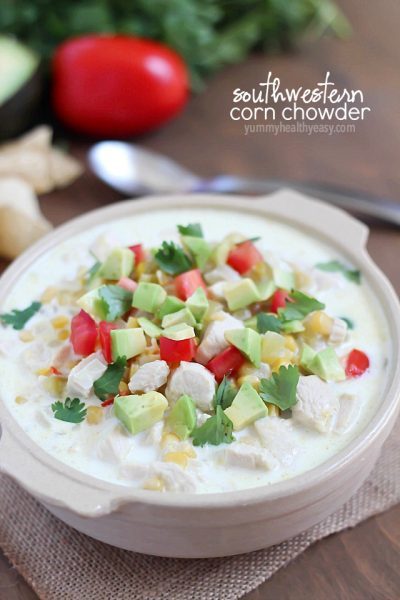 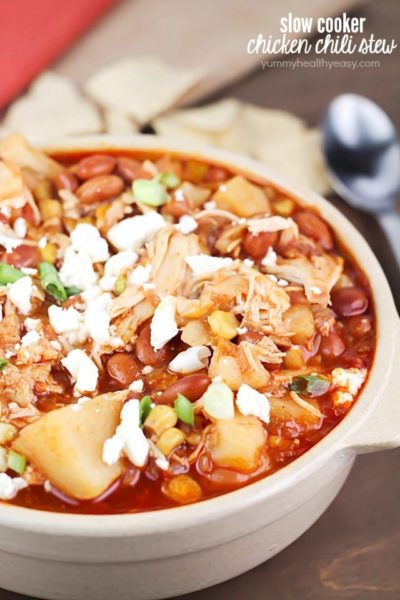 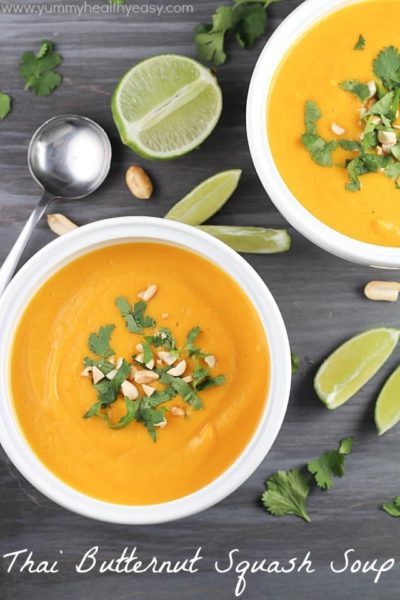