Easy Homemade Biscuits with Cheddar & Rosemary – the best side dish on the dinner table! 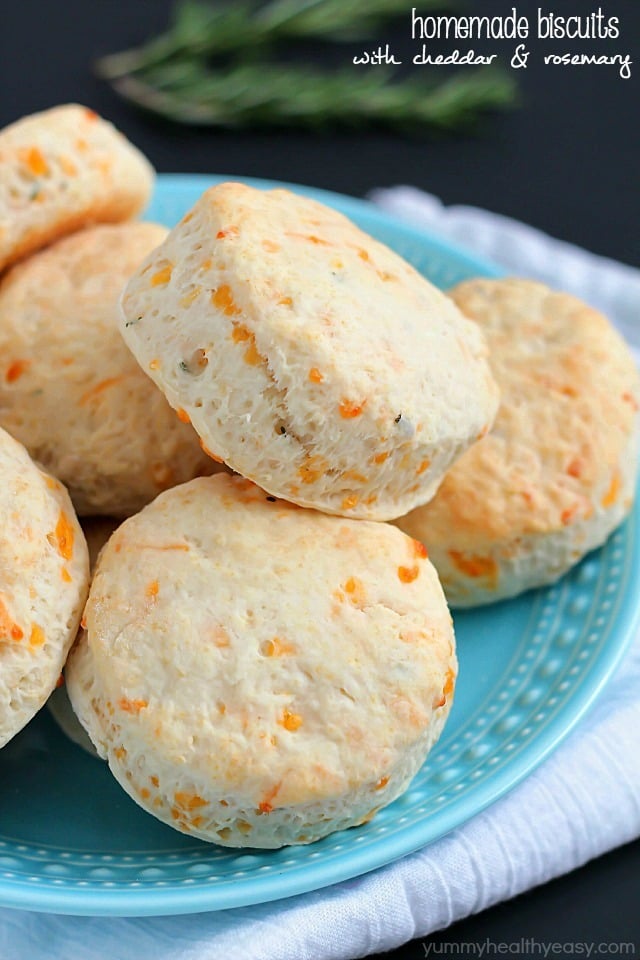 I was talking with a mom from preschool the other day. We were chatting about babies and pregnancy. You know…all that fun stuff you talk with your mom pals about. 😉 Anyway, she’s darling and so tiny. She told me she’s thinner now than she was before having her son. 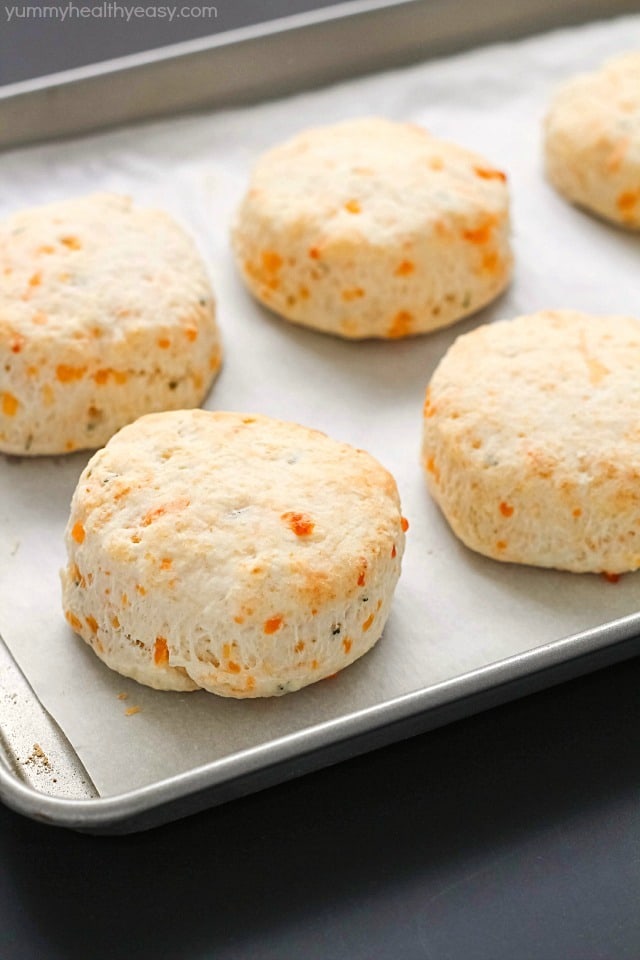 Okay, I’ll go cry in a corner somewhere because I will NEVER be able to eat low carb! I just love love looooove carbs too much!

Even at the dinner table tonight, as my son was reaching for a third corn muffin, I told him there was no doubt he was my kid, the way he loves carbs. And corn muffins. 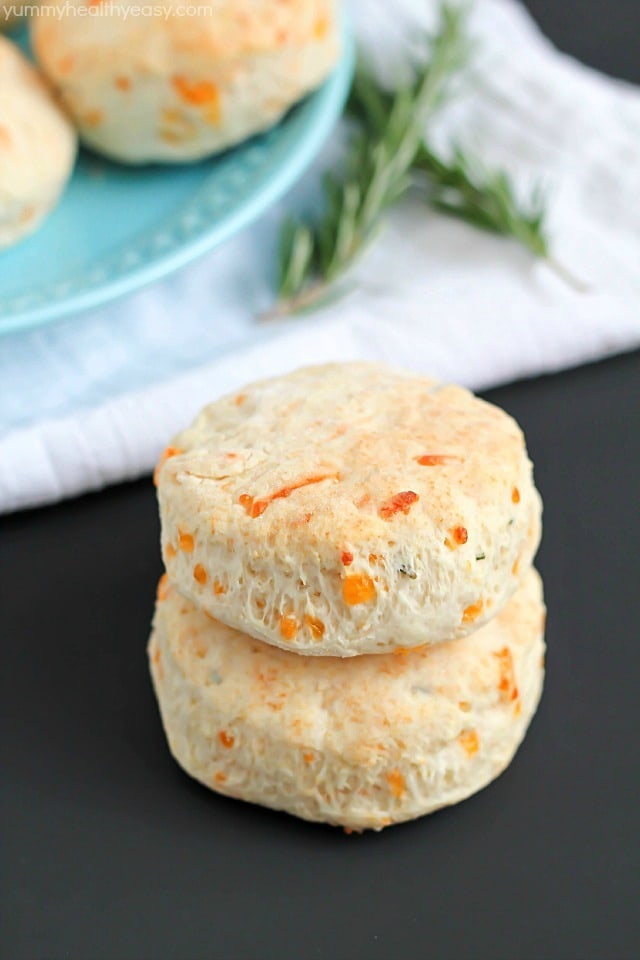 So instead of completely getting rid of carbs, I’m embracing them BUT making them a little healthier. So today, I give you these homemade biscuits. Instead of using a whole cube of butter, they have only 4 tablespoons plus some yogurt for moistness. They’re chock full of cheddar cheese and rosemary. I heart rosemary.

These homemade biscuits might not look like much, but boy are they delish! They’re sure to put a smile on any carb-lovers face! 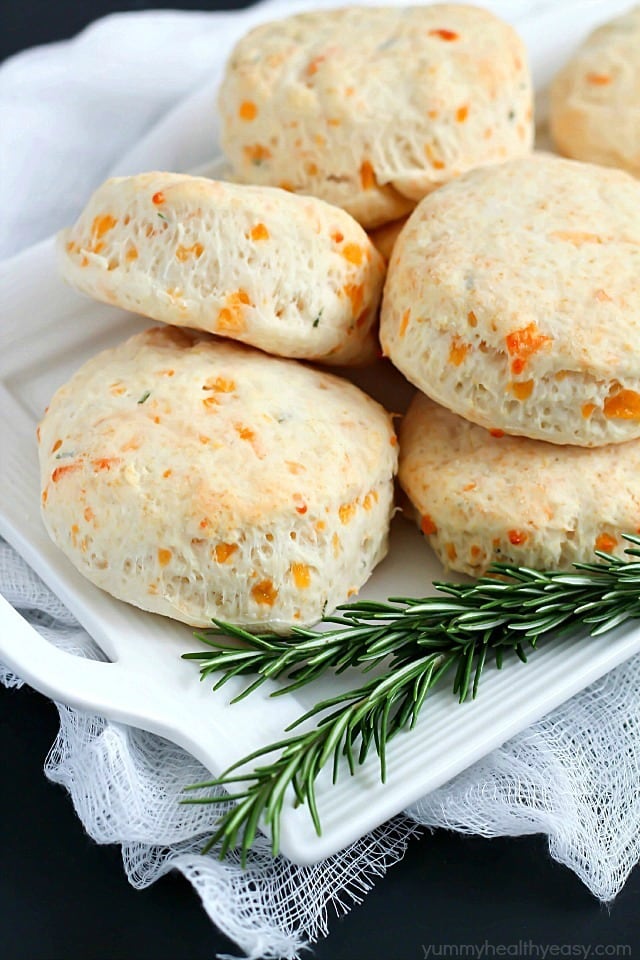 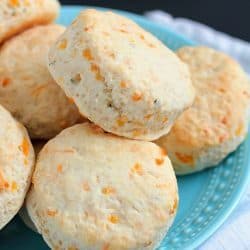 Homemade Biscuits with Cheddar and Rosemary

Check out these other delicious side dishes: 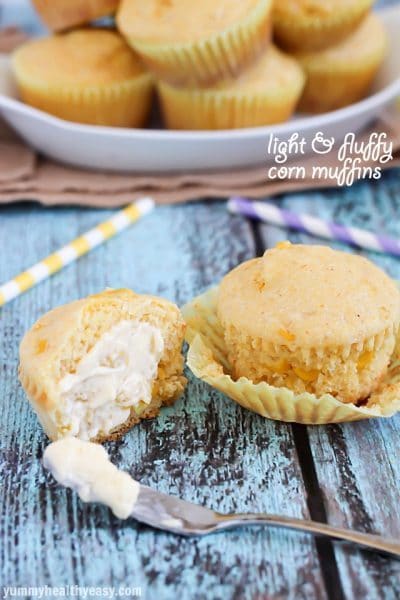 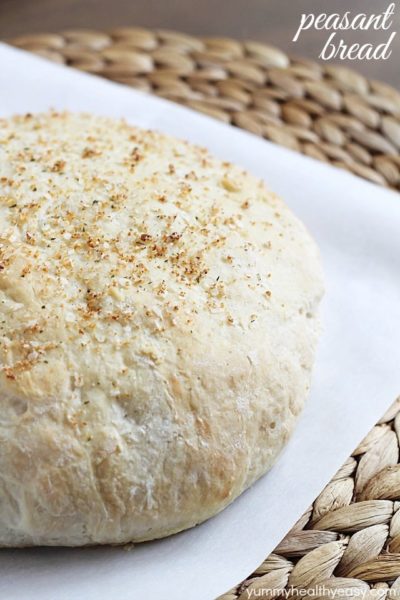 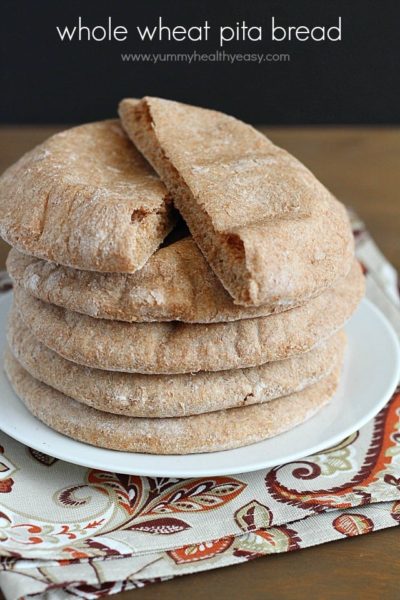